What are fertility drugs?

How to increase pregnancy chances in ovulating women?

There are basic types of medication that are used to induce ovulation:
Clomid, Tamoxifen, Femara, Injectable gonadotropins, Injectable FSH hormone products.
Treatment with these drugs has the potential to result in pregnancy if the woman has good quality eggs remaining in her ovaries, and if other causes of infertility are not present.

Non-steroidal aromatase inhibitors, such as Anastrozole (Arimidex) and Letrozole (Letromina), inhibit the synthesis of estrogen via reversible competition for the aromatase enzyme.
Ovarian stimulation with the aromatase inhibitor letrozole has been proposed as one of the treatments for unexplained female infertility. In a multi-center study funded by the National Institute of Child Health and Development, ovarian stimulation with letrozole resulted in a significantly lower frequency of multiple gestation (i.e., twins or triplets) but also a lower frequency of live birth, as compared with gonadotropin but not with clomiphene. 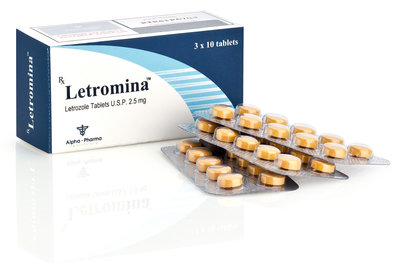 Letrozole has been used for ovarian stimulation by fertility doctors since 2001 because it has fewer side-effects than clomiphene (Clomid) and less chance of multiple gestation. A study of 150 babies following treatment with letrozole or letrozole and gonadotropins presented at the American Society of Reproductive Medicine 2005 Conference found no difference in overall abnormalities but did find a significantly higher rate of locomotor and cardiac abnormalities among the group having taken letrozole compared to natural conception. A larger, follow-up study with 911 babies compared those born following treatment with letrozole to those born following treatment with clomiphene. That study also found no significant difference in the rate of overall abnormalities, but found that congenital cardiac anomalies was significantly higher in the clomiphene group compared to the letrozole group. Despite this, India banned the usage of letrozole in 2011, citing potential risks to infants. In 2012, an Indian parliamentary committee said that the drug controller office colluded with letrozole’s makers to approve the drug for infertility in India and also stated that letrozole’s use for infertility was illegal worldwide; however, such off-label uses are legal in many countries such as the UK and US.

Many experts now recommend letrozole to help with ovulation. A recent large study of women with polycystic ovarian syndrome found that letrozole was more effective than clomiphene in regulating ovulation and resulted in more births.

Some studies have shown that letrozole can be used to promote spermatogenesis in male patients suffering from nonobstructive azoospermia.

There are no reviews yet.

Be the first to review “Letrozole • Letromina” Cancel reply